Regional building is the art of creating structures that have a sense of inevitability and relationship to their environment. They are not sentimental. They express belief in man and nature. They have the power to move the beholder, and grant experience to the user without losing a high sense of seriousness. They are warm and alive. They express the external power of the unseen creator of order in the universe. They place beauty before stability and utility because they contain all three. They have principle. First things come first. They discover a human response in human beings.

Different countries will produce buildings of different forms, but regional architects the world over have the one spirit. Yes, the spirit of beauty as reflected in the environment. 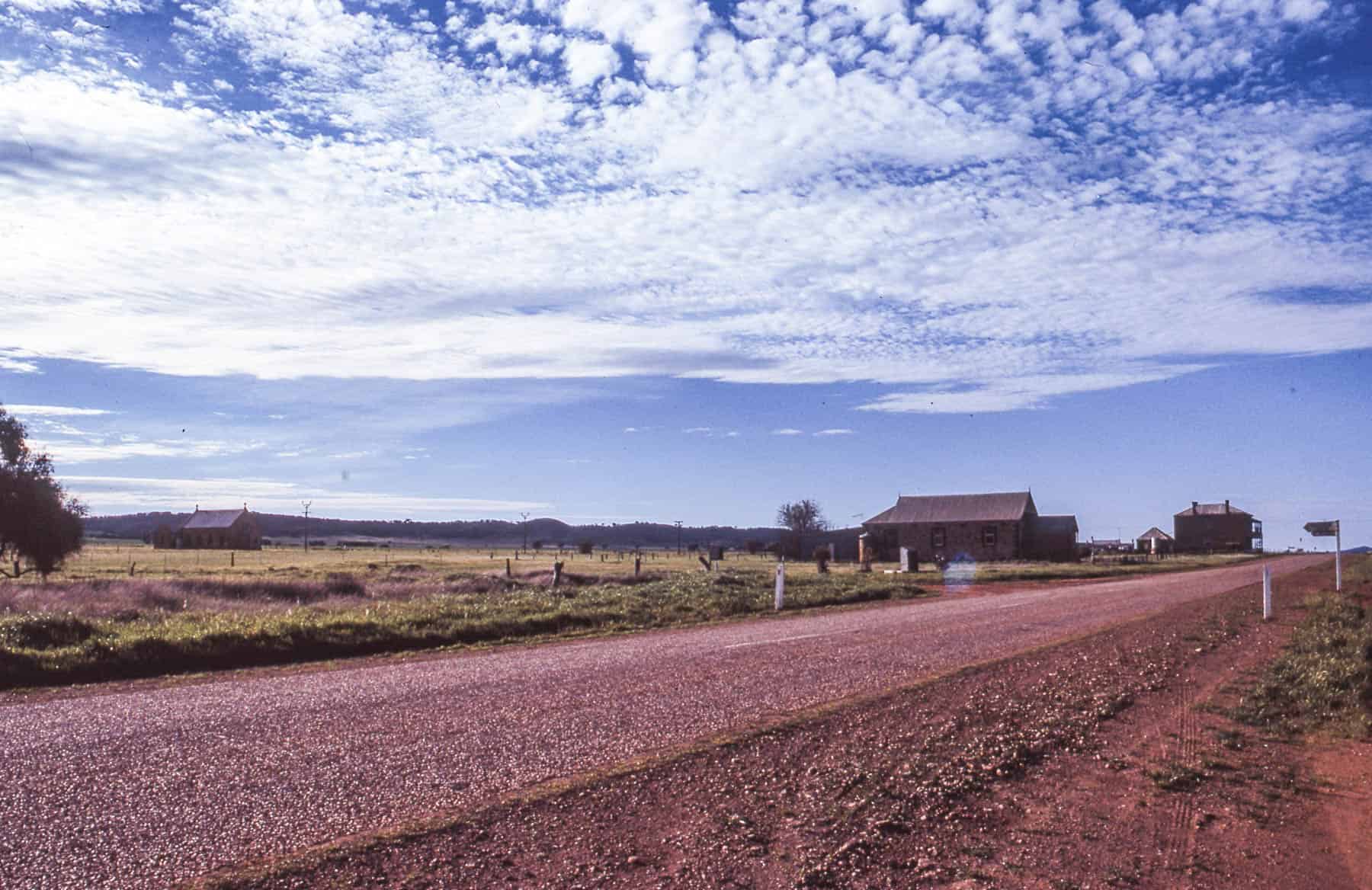 The most significant single characteristic of Australia is that it is a water-hungry country. Gaunt angular growth and incredible beauty grow side by side. The leaves of the eucalypts hang edge-on to the sun, in order to better survive the tremendous heat. Some trees and bushes carry within their bodies reservoirs to tide them over the long dry spells. The most striking difference between the Australian bush land and a continental forest is one of sunlight. The spreading leaves of oak, elm, beech, and chestnut cast dim, impenetrable shadow on the ground. The leaves of the eucalypts allow golden light to penetrate to the forest floor. This results in foliage growing at all levels. Some may be stick-like, gaunt, and survival-conscious, the others lush and bowery. Both carry the eye on into the extending growth, creating an illusion. There is a sense of movement and life in the filtered light, an experience of mystery and wonder.

At night when myriad bird sounds and bush life is asleep, the land old and silent. The whiteness of the moon strikes on the pale trunks of the trees. The great constellations wheeling across the sky through the leaves give a sense of listening, of almost audible quiet. The pattern is ageless. It waits with mute tenacity for the dawn and the continued struggle for life on a minimum of water. Clear, health-giving sunlight there is without end. The sinews of nature toughen in the country. The ironbarks, with their trunks encrusted with incredible bark that looks like black plaited ropes, draw the red colour of their timber from the ironstone country in which they grow. In early summer, their soft creamy flowers turn the leaves from deep olive to blue-grey.

When the early settlers were confronted with this sense of inevitability, it could not have been otherwise than an enemy to them. Its power to outlast them stimulated a determination to destroy it.

This energy to survive transmitted itself to them as they pressed undaunted, if sometimes in a bull-headed manner, further and further into the inland to the red flat centre, where life was completely subordinate to the forces of nature. This wrote inevitability into the heart of the nation. It was reflected in the building of the people.

The immensity of the horizon and the meaninglessness of time gave mateship and sharing. The loneliness and longing turned to hope and humour of men with leathery faces and faraway eyes.

There has always been contrast in the land; a brazen cruelty and a wistful tenderness. It is seen in the angophora with the banksias at its feet, and in the she oak weeping in the desert. The fragile beauty of growth after the rains, that withers away in the first hot suns. 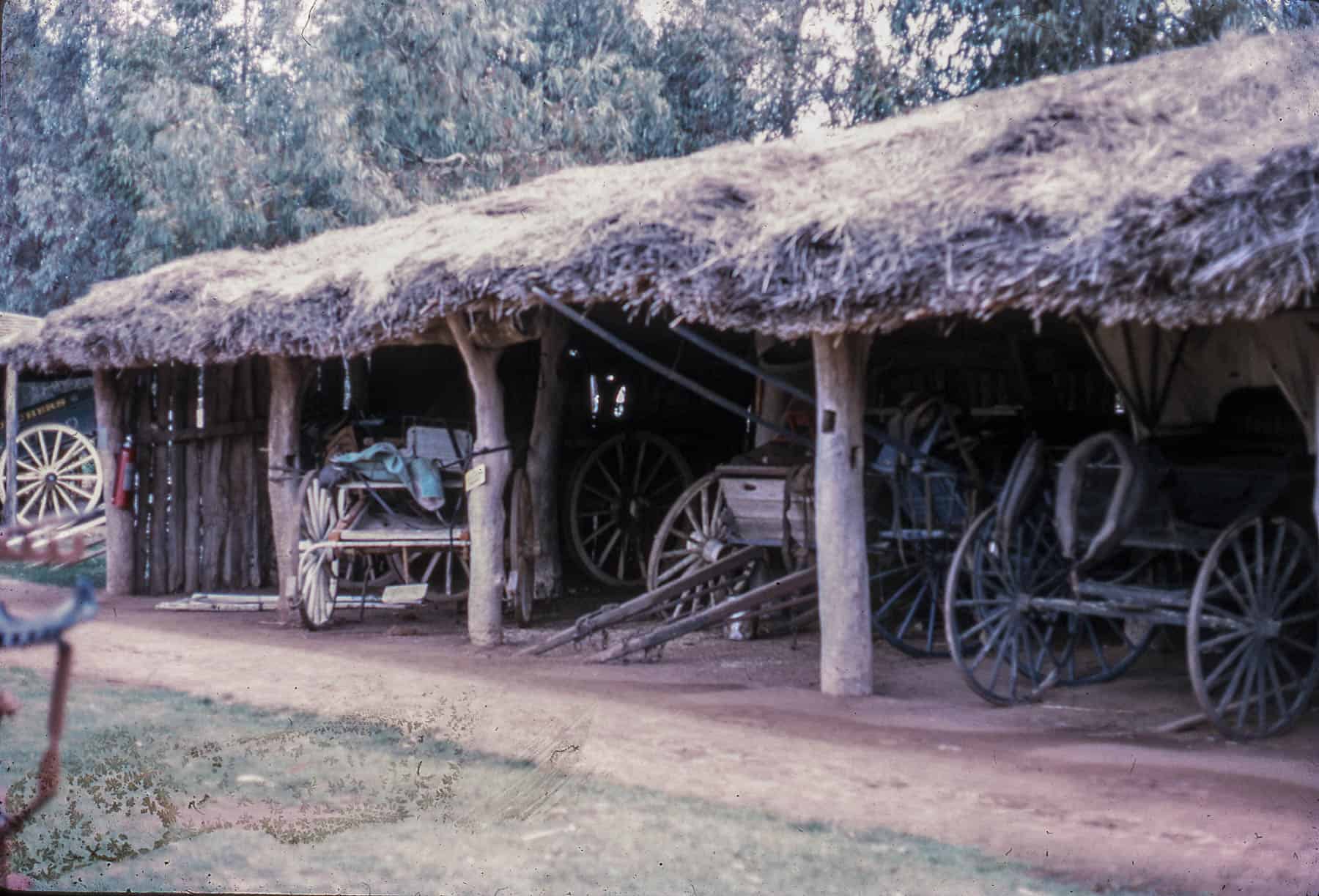 It is permission to live that it expressed in much of the anonymous architecture that is to be found in any of the older Australian countrysides. It imparts positive proof that it is related sympathetically to the surroundings. Countless barns constructed of bush-timber logs bleached grey-white and often thatched with native grasses or bark dot the central Victorian scene. They are stores for hay. There is a proportion that is vaguely similar to a Greek temple about these homely structures, in height, length, breadth, and columnar character of the bush-timber supports. They are built to survive the elements. The Greek temples were built to survive the searching eyes of succeeding generations. There is essential economy and reality of line that cannot be changed - the sense of inevitability. In a way, as simple as the temple is grand, the primitive structures of our fathers expressed truth in building in their environment. Anyone who doubts this should drive through the Llanacoorie, Tranagulla area, to name but one of many; then take a run along the tracks that weave through the central Victorian ironbark forests. It is difficult to assess at the end of the journey where the antediluvian growth - or the fact that for mile after mile, the whole ground has been completely turned over two or three times in the search for gold - has the more staggering impact. Every particle of soil to the depth of some feet has been sifted and separated by succeeding diggers. What thoughts must have welled up in their minds, as they lay at night in the bush and watched the flickering candlelight drawing pictures on the canvas roof.

Their tradition and new environment would fuse into a unity. The tempering fires of experience and adventure were operating on their muscle. When the hope of a quick fortune receded, they were left with the capacity to dig and to work, to improvise and create. And create they did, from the materials that lay at hand, theirs for the cutting or the picking up.

Can anything be more beautiful than some of the simple-proportioned stone and mud buildings to be found around the gold-mining areas? Throughout the length and breadth of the country there is an expression of reality about the earlier buildings. They were won from the soil. They were mostly devoid of nonsense, and full of sanity. Time would fail to consider the infinite variety of these building methods, except to mention the split-timber methods that were so common in various parts. Where the mountain ash grew, timber-splitting was a delight. The straight, clear grain of the snow-tinged timber from the red mountain soil, split into wafer thicknesses, was available for shingle roofs, walls, and even chimneys. It is the background buildings of old Gippsland. In the more open areas, where the timber grew tougher and more twisted, the slab construction became three-inch-thick and twelve-inch-wide boards, laid horizontally between bush-timber uprights. As the timber weathered, the whole became as much part of the landscape as nature itself. 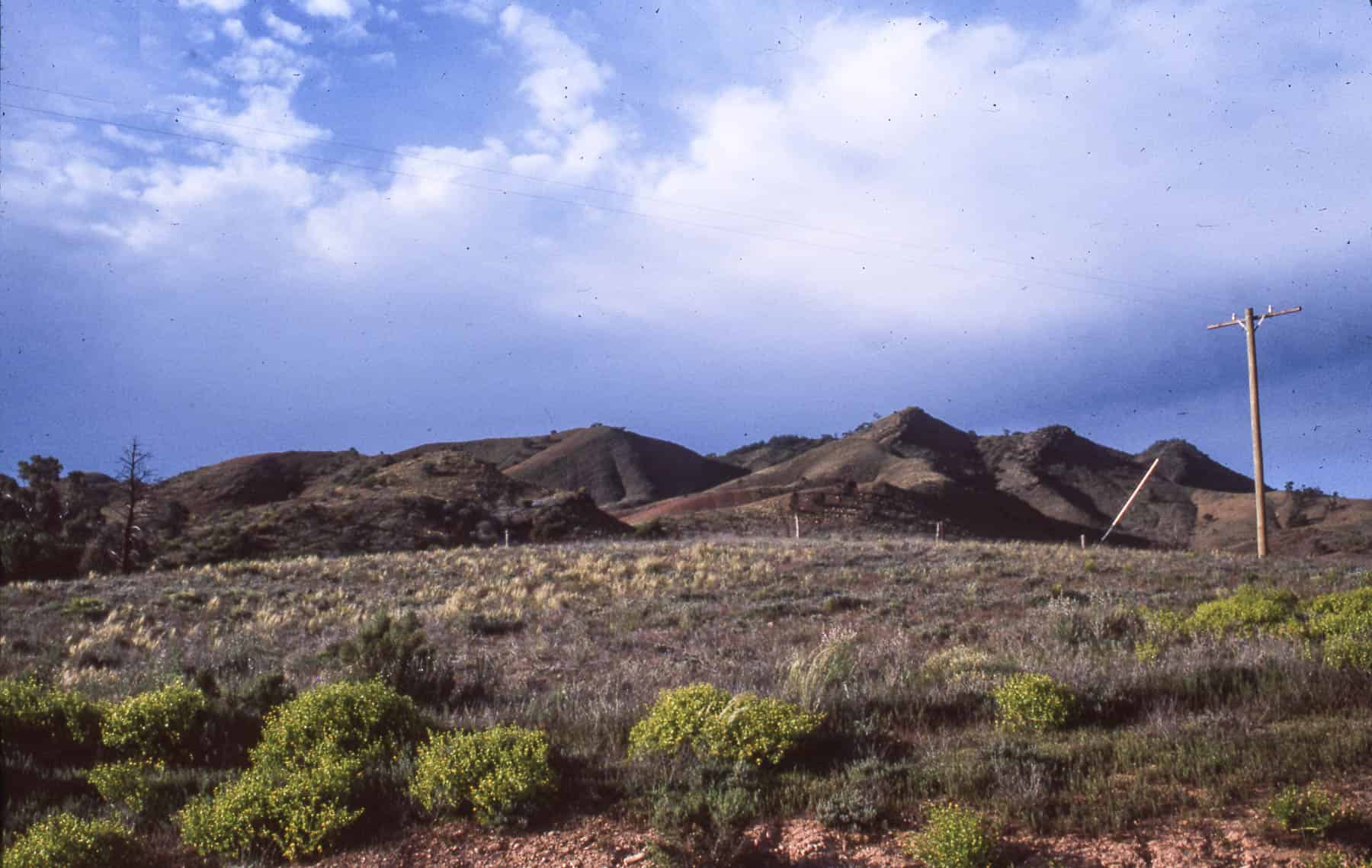 In Australia, the environmental characteristics may be summed up as follows: first, water hunger; second, survival-consciousness. The third element is the antediluvian flora; the fourth, the eternal contrast between the enormous and the fragile. The land is one of listening immensity and timelessness. Everywhere there is the sense of inevitability. The clear sun is master. He has changed the land into ochres and red earths, and permits who he will to remain in his dominion. The foreground is dun-coloured, the distant mountains as blue as the tropic sea. The contrast of shadow in this brightness is as necessary as water in the desert. The early settlers knew that, because they lived close to the elements. The verandah was the universal acknowledgement of this fact. Any farmhouse was incomplete without its clumps of trees surrounding the buildings. The trunks traced dark shadow against the walls of the outbuildings. The sense of homecoming was proportionate to the sense of shadow.