Greenway's special gifts of original proportion, relationships of space, and the other matters mentioned earlier set him aside from his contemporaries. But wherever building went on in those days of beginnings, there was a sense of unity and relationship, a consciousness of the rights and place of other buildings. The emphasis was on restraint and conforming perfection rather than on originality and individuality.

There was the gradually dawning experience that the two-storeyed house was not suitable for the environment that led to its disappearance in country and outer areas, where land was not at a premium. The primitive conditions under which people travelled and lived soon made it clear that protection against the sun was the beginning of home-making. The sense of shelter was born, and with it came the verandah - and the verandah is the Australian house. It is the hallmark of this country, the place where all manner of relaxed social activities occur. It was where men sat and talked, the women knitted, and the young crawled, walked, and wrestled. The new-found freedom that the country produced in its erstwhile Georgian inhabitants found its outlet on the verandah.

The stiffness of the parlour and the dead smell of the unused front room were forgotten in a moment when one stepped onto the verandah. What a variety of them the country has produced! Generally the earlier ones were of flat iron gracefully curved and supported on verandah posts of varying dimensions and character. Some had filled-in balustrades like their Indian predecessors. Soon, however, it became the natural thing to support a sheet corrugated-iron roof that extended from a point a few inches below the eaves. Verandahs came in all widths, the roofs in all shapes and curves. There was a heavy, bull-nosed type that always seems uncouth; an elegant, concave-shaped one that is always appealing. There are straight ones, low-pitched ones, and steep ones. But they all had the same function. They provided the regional additive to the Georgian house: Shadow. 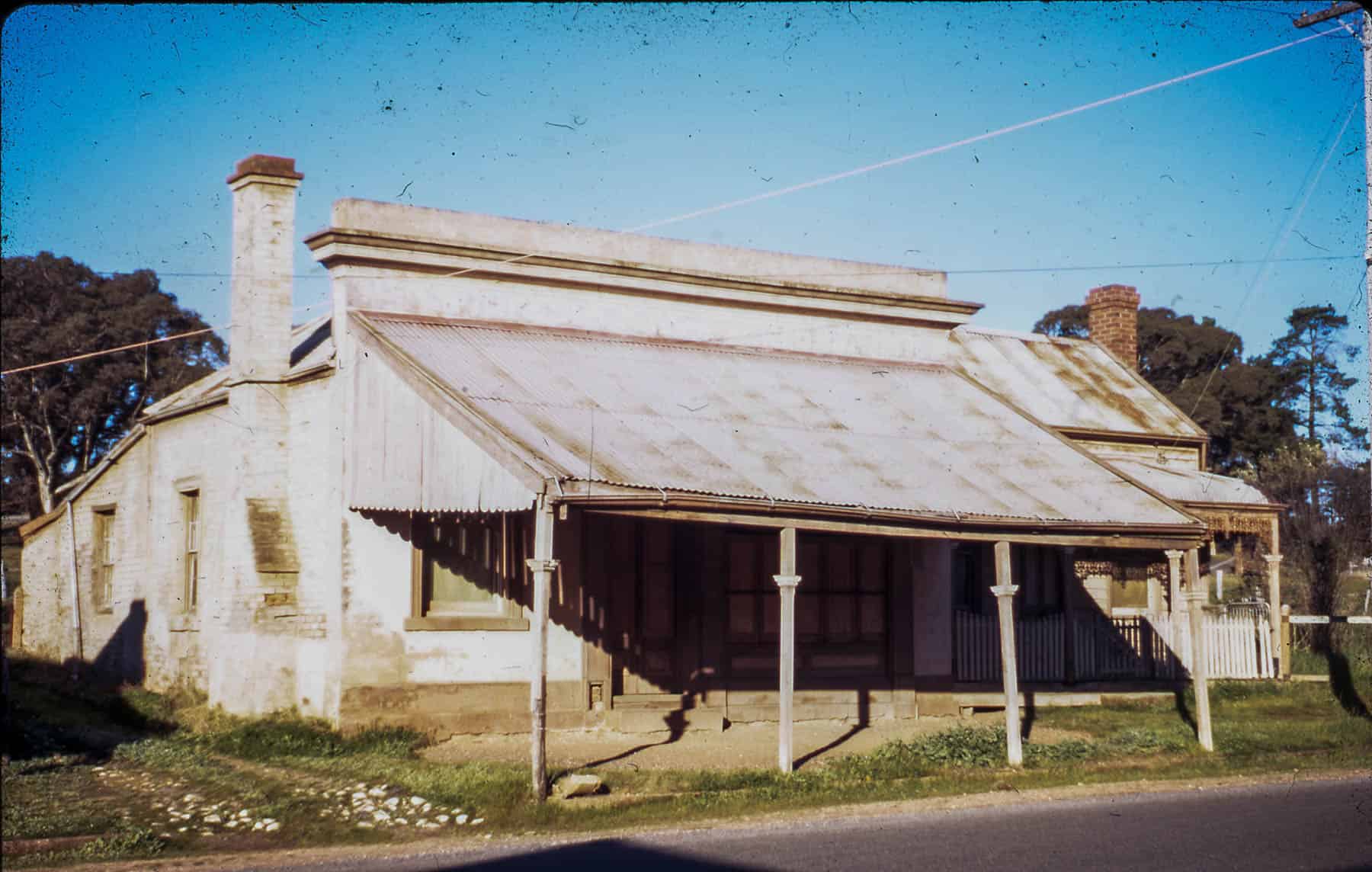 The charm and character and use of the verandah are not confined to those within. From without, the deep purple shadows cast by verandah roofs have always had that quality of welcome from the heat and sunshine of the day. The verandah posts make a series of white punctuations across the welcoming band of shadow, amplifying its depth and coolness. The design of the verandah posts became an art in itself. The more sophisticated produced them in rhythmic groupings of two set at about twelve-foot intervals. The very primitive had slender bush poles; with the verandah post came the grape vine. Growing longer every year, it finally met itself on the other side of the house.

The courtyard played a substantial but quite secondary part in the regional building development that emerged during the nineteenth century. It was suitable only in large-scale projects. With notable judgment, designers realised its unsuitability in small areas. Australia, especially in its pioneering era, was, and indeed still is, a looking-out country. It is mostly a land of wide plains, far horizons, and open spaces. Travellers in the loneliness were sought, not hidden from. The verandah was a lookout post. You can't look very far out of a courtyard.

There are, however, quite a number of four-winged houses of great dimension. A common plan comprised a master wing flanked by servants' or secondary wings running back at right angles, with a store and a general wing completing the quadrangle. It was desirable, and fairly general, to have a fountain in the middle. The quadrangle crisscrossed with a system of beams and posts which served as pergolas. Grave vines were a major growth on these structures. The whole effect was generous, broad, sensible, and welcoming.

All that money can buy. Photo: John Wheatley

The wholesale swing away from these natural developments gathered momentum with the rapid growth in wealth that occurred in the 1850s following the gold rushes in New South Wales and Victoria. The newly rich became the arbiters of architectural judgment. They were the clients. It was unfortunate in the extreme that the character quality of the eighteenth-century building and design deteriorated in England and elsewhere, with the rise of the new barons of the industrial era. The incredible manners and flamboyancy of the old countries was magnified in the new-found wealth of the goldfields, which produced a colonial, half-baked society.

Substantial understanding of necessary things was lost in a welter of expensive whims and indulgences, each one out-doing its predecessor. The means of producing far outstripped the means of appreciating and evaluating. In some ways, the same condition remains today. Following the last war, the pent-up urge to build burst out in a rash of 'modern' buildings. The first prerequisite for the up-to-date builders of the late 1940s was a sense of dreariness, of crude proportions, and busy thin lines, both vertical and horizontal. Roofs were made to appear as thin and wafer-like as possible. Overhangs were strictly out. Clinical white-laminexed cupboards, chromium strip in abundance, and every room finished in three or four colours. Among the sophisticated people, purple was the number-one colour. The essence of good design was two-dimensional emptiness. Interest was given to the 'simplicity' by having so many windows in all parts of the house that every action that went on within could be clearly understood by the passersby. It was an age of no secrets. One had to be brave when it came to undressing and going to bed in the very best houses.

In the 1950s this led to a similar character pervading the whole realm of the building, large and small.

The architectural revolution hit Australia in about 1950. It has been going on ever since. True, there is not much enthusiasm for it these days; every known method of relieving the tedium of poor proportion and ill-organised space and inhuman material has been tried. Every gimmick; every colour. Function, the great mystifier of the ugly, became the most overworked word in the vocabulary. It took the place of portion, scale, texture, and feeling. It bullied the building world into silence and allowed the expert to take over. Frank Lloyd Wright, that deliciously quotable genius, says: 'Experts are almost always wrong. He is Wright'. The relationship between a delicate calculation of the ultimate stress that could be put on a material, and the design of the building in which it was to be used, became a formula for beauty. The worst of it was that a year or two frequently proved the theoretical stress did not withstand the strain. New bridges subsided with sickening explosive noises.

In domestic building the skillion was regarded as the ideal roof. It was not. The only thing to recommend it was its dullness and the name invented for it. It was called a 'monopitch'. How could any ambitious home builder refuse it? He did not have to worry about resolving it visually, because professionals had not bothered to do so. There was a good reason, too. It was impossible.