The following is a precis of Sam Atyeo's entry in The Australian Dictionary of Biography. Some of the links take you to Alistair Knox's more intimate account of events.

Samuel Laurence Atyeo born January 6, 1910 his mother was Olivia Beatrice Victoria, nee Cohen and his father, Alfred Vincent was a chaffeur. Alistair Knox says he was foreman of a Coburg quarry. Sam studied architecture at the Working Men's College and later art at the National Gallery School where he created considerable controversy. Notably when his entry for the gallery's travelling scholarship was rejected - it lampooned the director, Bernard Hall, and two of the other, female, entrants.

He became chief designer at the Primrose Pottery Shop where he met Bert (HV) Evatt.

He was a member of John and Sunday Reed's artistic circle. According to Alistair Knox he advised them to buy Heide. 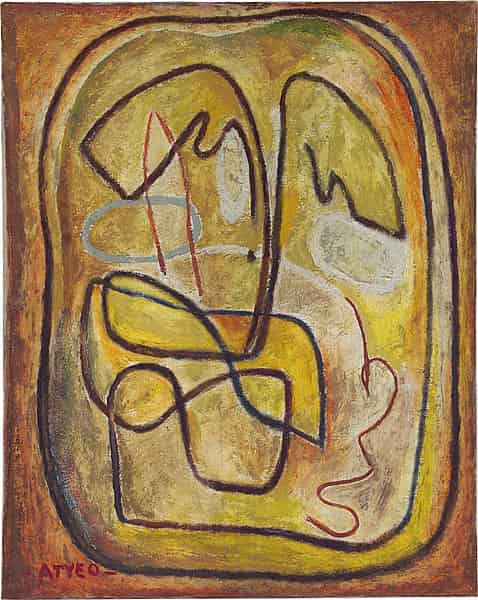 Atyeo left for Paris in 1936 and became a member of its artistic community. He bought a farm in Vence near Nice and moved there with his Australian girlfriend, Moya Drying, after the German occupation of Paris, in 1940. They were married a year later and eventually divorced.

In around 1942 Bert Evatt, then Minister for External Affairs, recruited Atyeo in the foreign service. In 1945 he was the second secretary with the Australian legation in Paris and in 1947 he assisted in the United Nations special committees on the Balkans and Palestine. When Menzies came to power Atyeo was dismissed from the service.

He returned to his farm in Vence. In 1950 he married Anne Lecoultre. Around 1960 he started painting again. 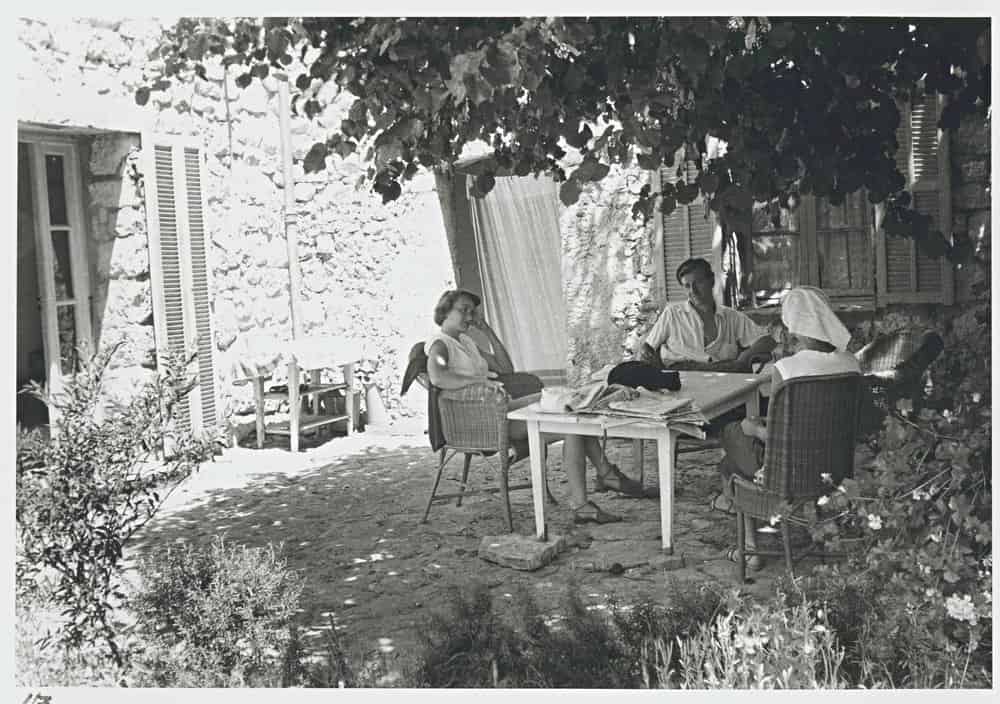 "The importance of Atyeo to the modernist movement in Australian painting and design is often neglected. He valued the sheer power of colour and its relationship with other arts such as music and poetry. His approach to modern interior design was premised on a fusion of utility and simplicity in keeping with contemporary social and economic conditions of domestic living. He championed greater use of natural light, brighter interiors and diversity of materials."