Alistair Knox was born on Easter Monday April 8 1912. The first nine chapters of the unpublished autobiography give a lively account of his early years.

The family home was a single fronted cottage, one block from the beach in Dank St Middle Park. In those days the wide streets had little motorised traffic to disturb the peace and the masts of square rigged sailing ships could be seen could be seen across the bay in Williamstown.

Memories that stood out for him were of the steam train that ran on the St Kilda line (now used for light rail). He describes his mother running 'like a teenager' for the station as the train pulled in.

On one occasion, "we found ourselves in a smoking compartment - complete with spittoons on the floor - which was almost as sacred as a gentlemen's club. ... I spent this time staring at the spittoon, which had a hole in the bottom of the concave bowl to drain out the spittle; through this hole it was also possible to see the sleepers and the ballast flashing past in a grey blurr". 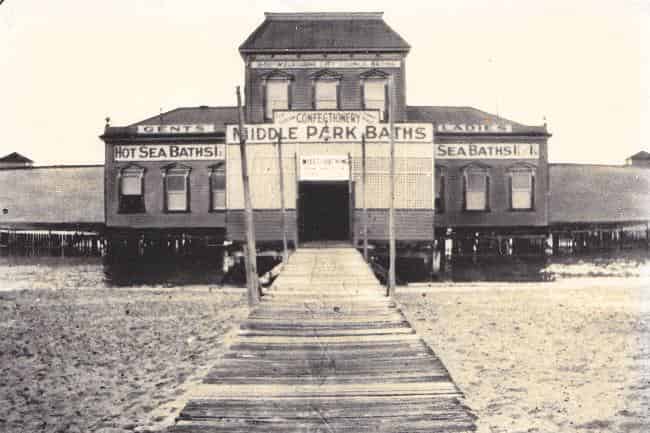 He makes much of The South Melbourne Municipal Baths: "a grey wooden building with a red-painted trim, set on piles - offered Ladies' and Gents' hot sea baths, as well as general sea-bathing facilities. It sported a small sweet-stall, where one paid to enter, which displayed giant glass jars of snowballs, sherbet, suckers, nulla nullas, silver sticks, and great, soft gingerbreads. There was a wooden ramp that crossed the sand and led to the entrance. The sides of the structure swelled outwards from this central point in a semi-circular curve, so that it was possible, once within, to turn left or right and walk along the wooden deck which gave access to lines of bunks on both sides of the building. These cubicles provided an odd Edwardian type of privacy: in them, one would undress and then hang up his clothes, but afterwards he would emerge naked and proceed to the diving board - in conspicuous view and isolation. At the point at which the enclosed swimming space reached a width of fifty yards, the sides of the baths straightened and went out into the deeper waters in parallel lines. The view of the opposite side always provided a clear, changing pattern of activity as men walked up and down among and over inert figures sunbathing on their carefully spread towels. Sporadic skirmishes occurred when boys started towel-flicking fights, but this would quickly be stopped by older bathers shouting at them or by a naked baths attendant named Sacco coming up to clear them all off. Beyond the extremity of the piled boundary wall, yachts, rowing boats, and canoes passed spasmodically on a pleasant day, and further out, in the deep channel, a steady flow of overseas vessels moved majestically on their way to the Port of Melbourne." 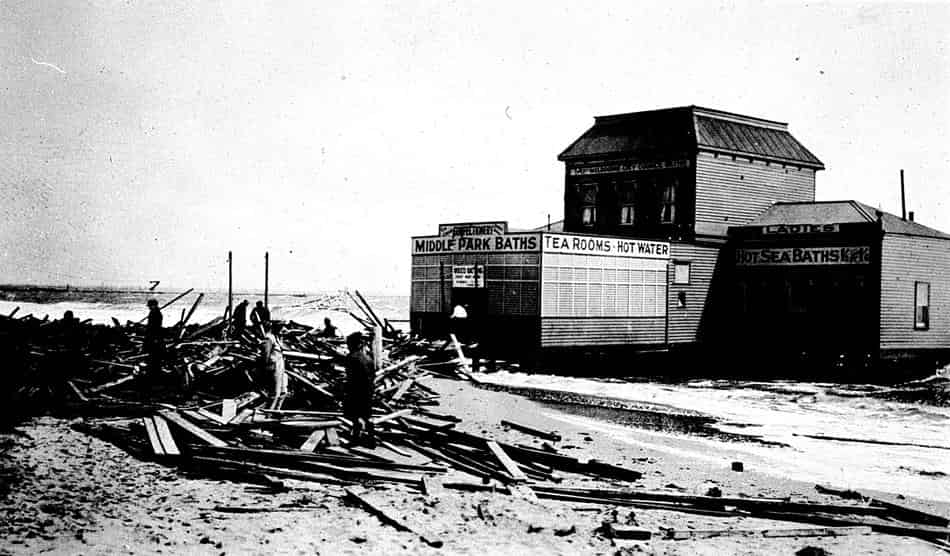 The Baths were destroyed by a storm in 1934. Today the Middle Park Lifesaving Club occupies the site which is opposite the end of Armstrong Street.

When I turned three the time had come for me to start attending church, which our whole family did, morning and evening, every Sunday. I only went once a week at first. The church we attended had been co-founded by my grandfather, Alexander Fraser Knox, and by my mother's father, Samuel Brown. Alexander Knox had been a brilliant theological student at Edinburgh University, where he headed his year in those scrupulously factual religious times when it would not have been possible to laugh inside a church. He belonged to a segment of the Presbyterian denomination known as the Free Presbyterian church, which regarded the organ as an instrument of the devil and would sing only psalms - and no hymns.

The Temperance Hall where the Meeting was held, showing the Catholic institutions that surround it. Photo: Tony Knox

A time of crisis eventually arose in this church over doctrine, and Grandpa Knox decided to demit his charge and to take those who would go with him back to a simpler life of faith and commitment. This moment of decision had all the ingredients of a neo-Reformation. After an evening service, he announced his intentions and reasons and challenged those who were prepared to go with him to stand on one side of the church, the remainder on the other. Grandpa Brown was the first to follow Grandpa Knox when he walked out to form a self-determining congregation, which for seventy years was known as 'the Meeting'. It consisted both of the grandparents' families and of a group of like-minded worshippers who sought to achieve a separation from 'the world' in the practice of their evangelical faith. There was no fanaticism - unless the rejection of 'worldly' systems, and of the accumulation of money and possessions, is considered to be so. While they lived they would remain in that world, but not of it. 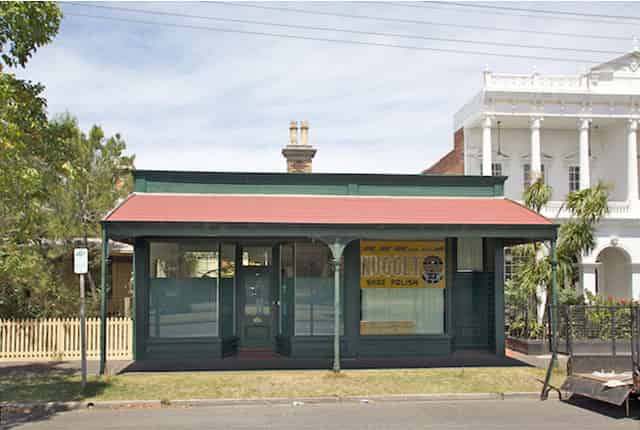 Grandpa Brown's shoe repair shop. Photo Tony Knox
They regarded themselves as citizens of heaven who were, for the time being, living in enemy territory. They owned what they stood up in, and the simple necessities of daily life - and little else. They would not own a house, or even vote. They were living examples of the belief that true spiritual work never wants for money. When they first rented a hall in which they could meet each Sunday, the rent was 1 Pound weekly. The fee was still the same in 1939.

This place of worship was the South Melbourne Temperance Hall which is now the Napier Street Theatre and before that the Anthill Theatre.

Towards the end of World War One he started in the Infant School at the Middle Park Central School and in 1920 moved up to the 'big school'. In 1925 he went to Scotch College. This was the last year before the School moved to it's current location on the Yarra at Hawthorn. Then at the end of 1927 he left school and applied for a job in the State Savings Bank of Victoria. 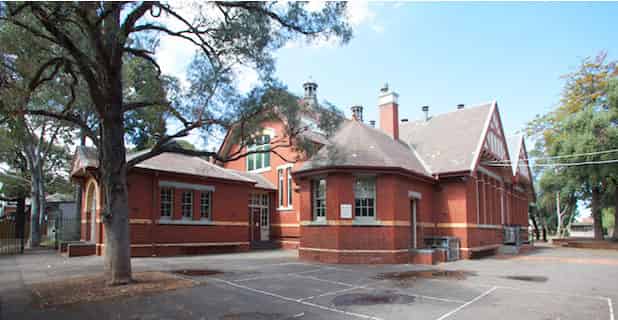