The Home Builder's Manual of Mud Brick Design and Construction

It should be realized at the outset that we can be totally honest in our aims and quite misguided in our approach. In all mud brick buildings I have designed, or designed and built, I have aimed to maintain a few infallible principles.

The first is to understand the genius locii of the building site and its surroundings. Genus locii is the term given by Landscape Architects to describe the particular qualities embodied in any area of landscape. To those who, like myself, have little Latin, it is generally referred to as the natural genius of the landscape. It does not have to be a virgin landscape. In its broadest terms, landscape is life. No landscape, no life! Practically every building site has some indigenous ingredient that can lift it out of the mundane if one has the eyes to see it. 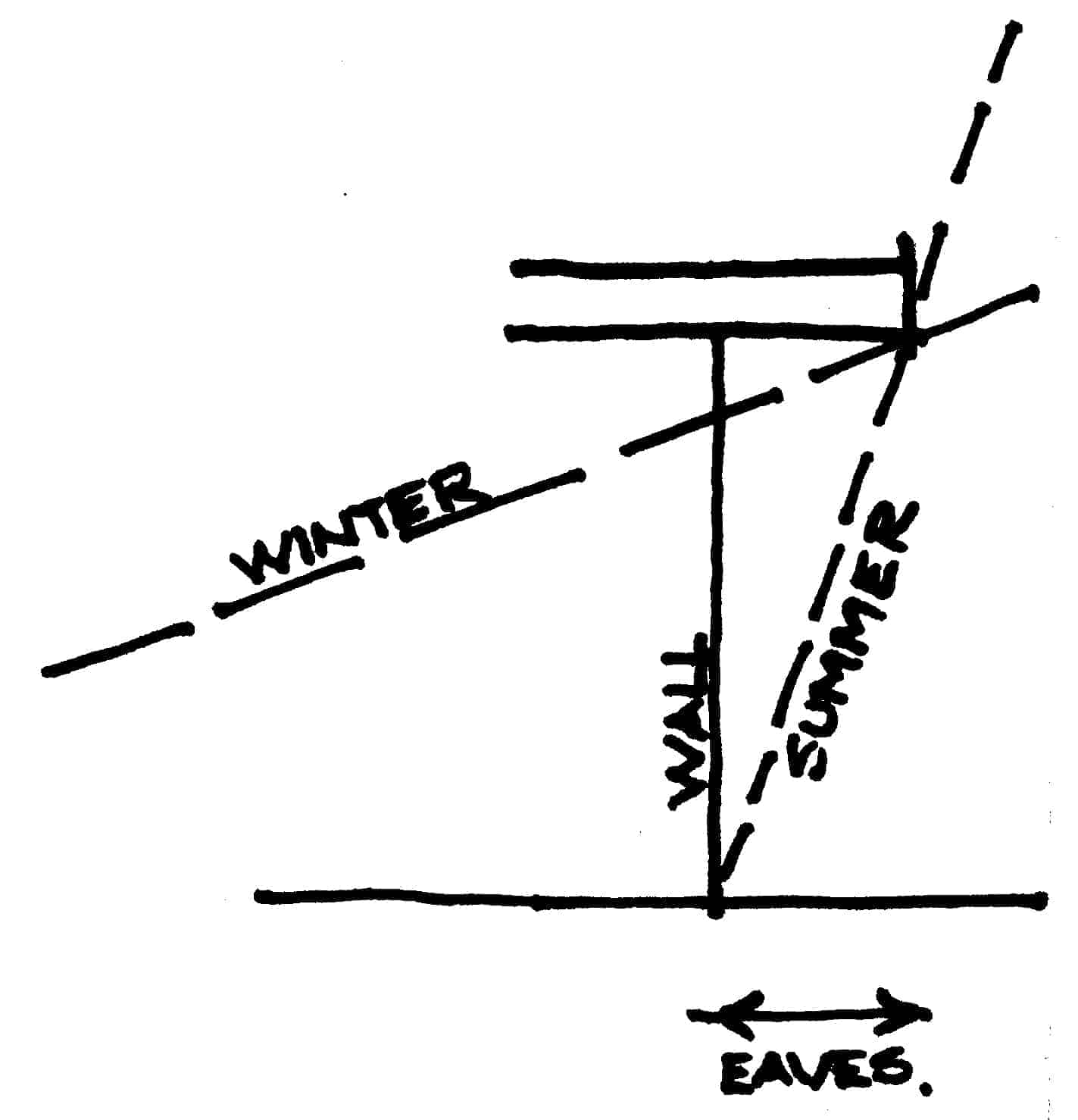 Understanding landscape in building is essentially the comprehension of the landshapes and the impact the local climate has on the construction site and its environs. As Australia is situated in the Southern Hemisphere, the sun will be at the north point at 12 noon every day of the year. Throughout the temperate Australian mainland it will be high in the sky during summer and low in winter. The ideal house orientation will, therefore, be to the north because eaves, overhangs and windows can be designed and placed so that it may enjoy the Winter sunshine for warmth in the cold Season and avoid it in the heat of summer. In rural or semi-rural conditions the general tree cover of the area and other natural features, such as lakes, streams and pools can all play a part in placing the house correctly. When excavations are to be made, it is important to heal the scars they cause, so that the finished work will appear to be part of nature and not an imposition of man. In suburban areas, the street architecture should be considered. Every house should have a sympathetic relationship with its neighbour. There is no need to perpetuate indefinitely the idea of a front garden, a house and a back garden. Instead the house may be placed close to the rear of the land so that the front yard can become a private park. If the land faces east and west, it may be advisable to run the building along the length of the land instead of across it so that north-south orientation, which is the preferred orientation, may be provided.

The second principle is to design the building so that it becomes one indivisible whole with the surrounding landscape. Whatever school of architecture is followed in building using standard materials, earth buildings should belong to the site they occupy. They are indigenous by name and nature and should reflect the spirit of the landscape they are placed in.

It is essential to provide a sense of the indivisibility between house and landscape in mud brick design because the earth walls and the other natural materials of the building must appear a homogenous part of the whole scene. It is also part of the modern mud brick revival to seek an alternative lifestyle to the prevailing brick, timber and plaster syndrome which pervades the whole domestic scene in every modern city. Earth building must properly relate to its environment if it is to become a timeless object and beyond fashion. It should never appear new and never old, but always retain the sense of belonging to its time and place. The sudden proliferation of mud brick building often fails to consider the importance of these factors. Such an oversight can reduce the quality of the building from a thing of beauty into a second-rate mud brick 'veneer' which can bring the whole movement into disrepute.

The third principle is that houses should provide a sense of shelter. They should stimulate a feeling of 'home-coming'; of sunlight and shadow, of future hopes and past recollections. They are not to be 'machines for living in', as the famous Courbousier once said of houses, then later denied having said it.

In a country like Australia which has sunshine throughout the year, nearly every domestic building should have substantial overhangs where possible. This condition is particularly applicable to mud brick building because wide overhanging eaves also provide protection to the mud brick walls against rain. As mud brick buildings have thick walls, the reveals of doors and windows usually cast shadows to the outside of the jambs to expresss the substantial nature of the earth walls. Deep fascias also should be provided to express a sense of strength and heaviness of the roof for the same reason.

But the most important ingredient of all is a sense of proportion. This is not a vague, indefinable ingredient that allows one to say: I don't know what a sense of proportion is but I know what I like". Houses are public objects that may be seen by the casual passer-by as well as the next door neighbour and the proportion-blind designer-builder must accept responsibility for his actions.

Most of the foregoing problems can be avoided if details proceed from them rather than precede them. The one requirement a designer must be born with is this sense of proportion. If this is not your gift, try some other activity, such as fishing or space invaders. You may build a house under direction, but you will never design a good building irrespective of cost or care.

An elementary mistake to avoid is detailed planning of the layout of the house before considering the general principles governing it. Essentially, houses are best when they are designed from the roof down because it considers the total character first. Once the essentials are located, the ground plan tends to look after itself and the rooms fall into their natural zones.