Alistair Knox and the birth of environmental building in Australia 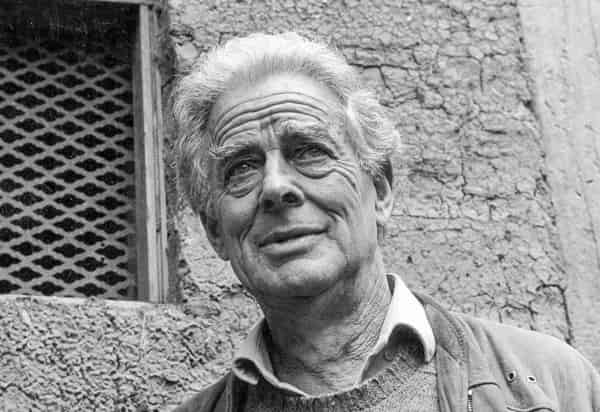 Environmental building is a term used to describe the building of structures using local materials and with an eye towards integrating natural systems, landscapes, weather patterns and colour tones within housing.

Mud has been used to create dwellings and structures since humans first began creating shelter 10,000 years ago. Used in a range of forms for building such as cob, pise and adobe - the most well known - the 'mud brick revival' emerged in the mid-20th century alongside postmodernist ideas relating to interweaving traditional building philosophies with modern styles and environmental concerns.

Alistair Knox was at the forefront of this revival, his ideas emerging in the postwar era and combining with international interest, starkly contrasting with prevailing inner-urban ideas around lifestyle choices, consumption and attitudes towards nature.

Like many colonial settlements, Victoria, the southern-most state of mainland Australia, has a long history of building cottages, homesteads, schools and workshops using natural materials like mud brick as the most efficient way of creating settlement. This fell out of fashion in Melbourne during the boom era of the 1890S - being widely perceived as too primitive and to be used only as a temporary measure - colonial society sought detachment rather than engagement with the local features of the environment to better serve its progressive vision.

In the early 1900s artists, writers and assorted bohemians began to migrate out of the city and find inspiration in the native bush of the surrounding hills. These 'alternative thinkers' were attracted to Eltham, then a townlet 25 kilometres from the City, to live a quieter, more attuned life to the native landscape that had previously confounded and challenged Australian settlement. It is thus hardly surprising that Eltham bore witness to the re-birth of the environmental building movement at the end of the Second World War. 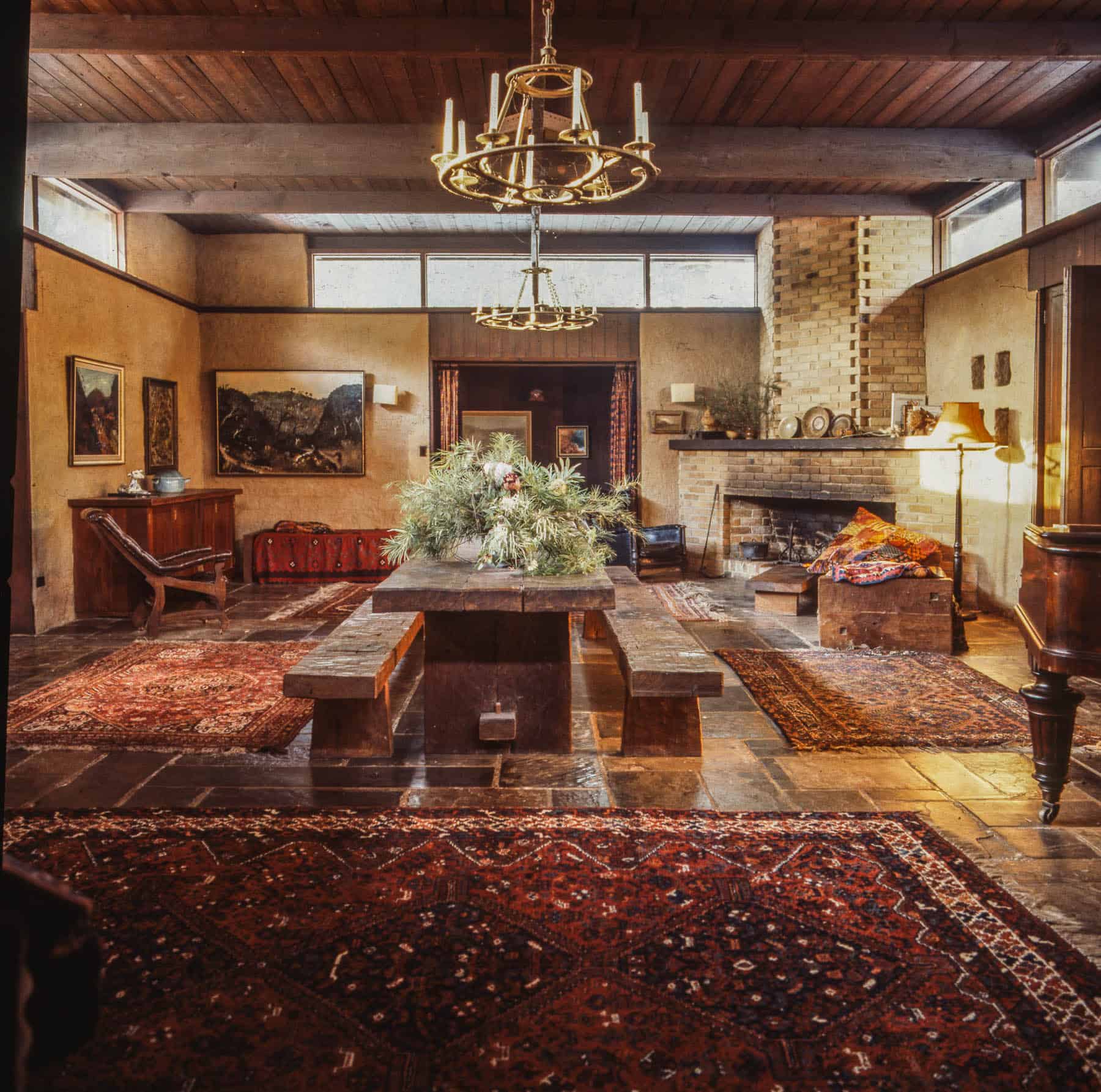 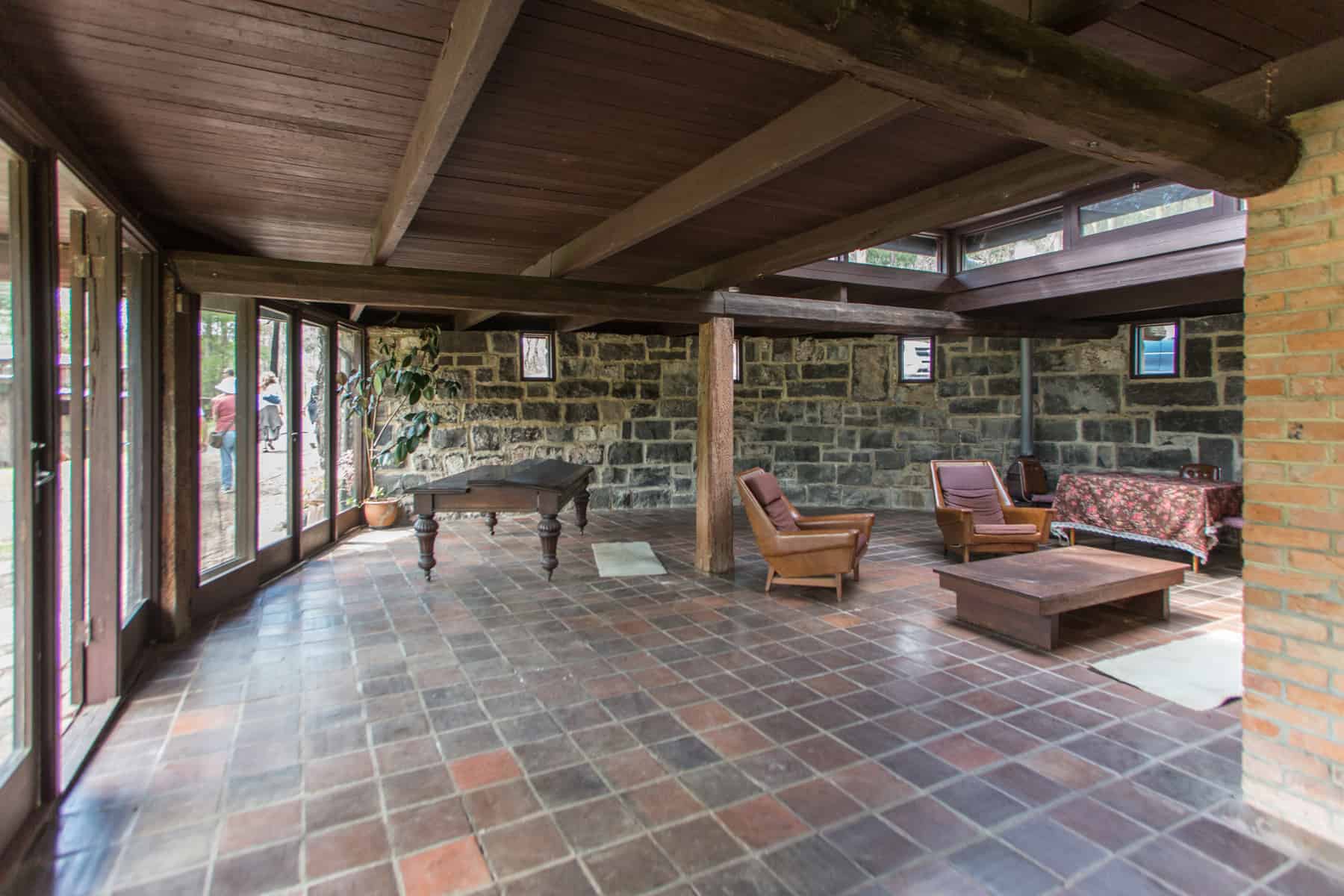 Alistair Knox was born in 1912 in inner city Melbourne and moved out to Eltham in the 1940s, inspired like many young people to purchase an affordable block and escape the confines of his dreary job as a bank clerk. His vision was to start designing and building environmental homes that reflected both the individual tastes and values of their inhabitants and engage with the landscape they were being built on.

During the lean postwar years conventional building materials were expensive and hard to come by and Knox's (then) revolutionary solution was to use natural materials readily available in the shallow, but clay rich, hills of Eltham where alternative people began to move and build.

He followed in the footsteps of the local artists' colony Montsalvat, created by Justus Jorgensen, which had begun building medieval Gothic inspired housing out of stone and pise de terre (literally translates to 'earth in place,' now known as rammed earth) in the 1930s. Knox later wrote that he was inspired to create 'a whole new way of looking how we may live, particularly as we watch the promise of the postwar world dissolving before our eyes into depression and despair.'

In 1946 he completed a course in draftsmanship and by the following year began building low cost housing made from the timber and clay material from the sites being selected, a concept preViously maligned in the push for modernity and progress. 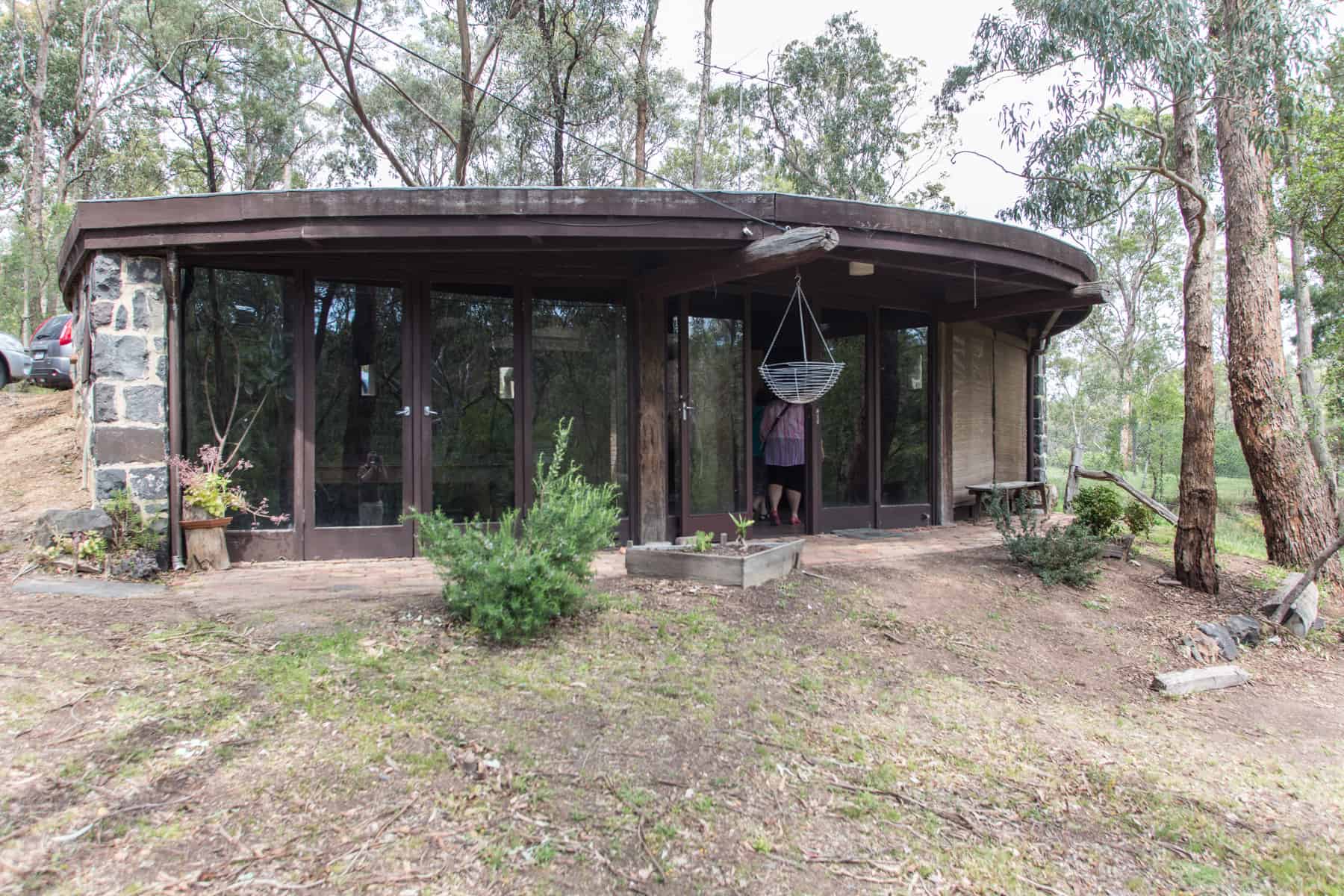 Joined by a group of local artists, writers and actors - many of whom became qUite celebrated, such as landscape gardeners Gordon Ford and Edna Walling - Knox re-established the traditions of earth building in Victoria, and subsequently Australia. The evergrowing community of artisans and labourers eagerly joined in this new drive towards owner built mud brick houses.

This movement reflected the popular values of the Eltham community which preferred semi-rural alternative lifestyle experiences over the more rigid postwar atmosphere identified and epitomised by the suburbs and the city.

Amongst this cohort, it was Widely felt that existing housing sought no harmony between the land and the homes of those who lived there. Knox's designs sought a vision whereby the landscapes and the houses became one, where 'reaching stringy barks held back the undisciplined bush, shadowed windows peered through the wild hair of Casuarinas ...' (Alan Marshall 1979).

Environmental building emerged as a viable alternative that imbued personalised values for engaging with the immediate environment into (mud) bricks and mortar, symbolising a change in mentality towards the native landscape. This change is remarkable considering the prevalent aesthetic and attitude in postwar Australia, famously critiqued by the celebrated architect Robyn Boyd as the 'Australian ugliness' - describing endless suburbs of uniform brick housing which dictated through its very design a uniform interface between people and their immediate surrounds.

Knox's mud brick buildings are now considered synonymous with Eltham's landscape, continuing to inspire design, appropriate environmental housing and landscape designs well into the 1980s. Over his career he created a very large body of work; approximately 1,260 documented buildings, including suburban estates, halls, colleges, landscapes and over 600 houses. His philosophy and vision was encapsulated in everything he created, as noted in his entry in the Australian Dictionary of Biography, 'above all, he presented a vision of integrating the earth's elements into landscapes and living environments.'

Unlike the first colonists who sought to distinguish themselves from their immediate landscape (and its inhabitants) Knox's environmental buildings sought to re-connect people with their natural surroundings, promoting a simpler and more conscious lifestyle, what he termed 'the background for creative living.' Using local skills, materials and designing houses more suited for the extreme Australian climate, Knox promoted an alternative lifestyle and philosophical framework which challenged the postwar mantra of unlimited progress and unchained materialism.

Building with mud is now often viewed as a rational response to building within a society more attuned to the excesses of a carbon-driven economy. In the postwar period it represented a vital platform for alternative thinkers to evaluate their relationship to their immediate landscape and the society at large. Though often sidelined as a bespoke housing style, the history of natural building proVides an important window to understand the changing sensibilities of Australians to their immediate surrounds - part of a broader narrative of how Australians are learning to live with, and not just in, the environment..

Rachel Goldlust is the Secretary of Earthship Australia and a PhD student at La Trobe University studying the history of off-grid Living in Australia. rachgoldlust@gmaiI.com