The Periwinkle was my first example of using curved walls. I set it out with Sonia [Skipper] one Saturday and boxed up for a slab construction. The slab was a very new practice. In fact, I thought I had invented the slab floor building. It was not until I studied Frank Lloyd Wright a little more carefully that I found that it was what he had useg in his 'Usonion' house more than ten years earlier. My methods were more economical than his because he used 6" slabs with peripheral footings. Ours were only 3" thick and used a very light reinforcing.

It was a single bedroom house designed and built for a Mr. and Mrs. Jack Holmes. Its plan was an expanding circle' or spiral, which started from a seat built around a tree in the garden. The plan looked exactly like a periwinkle shell lying on its side. It was on two levels with a bitumen and creek gravel roof. It attracted a lot of interest and comment at the time in architectural journals and was mentioned by Robin Boyd in his book 'Australia's House'. 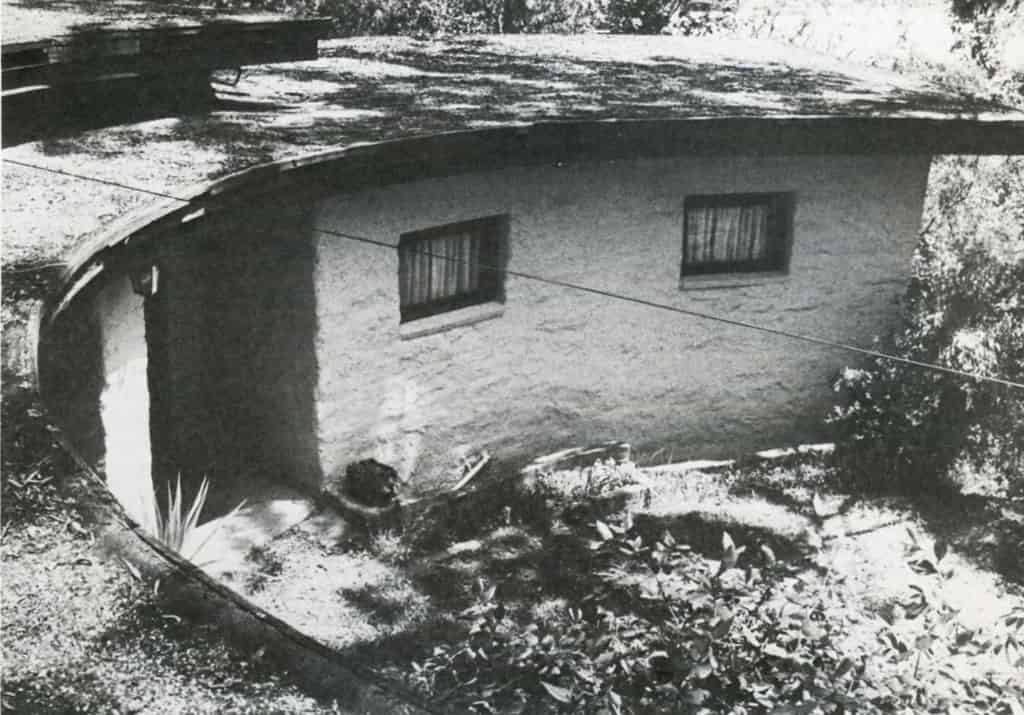 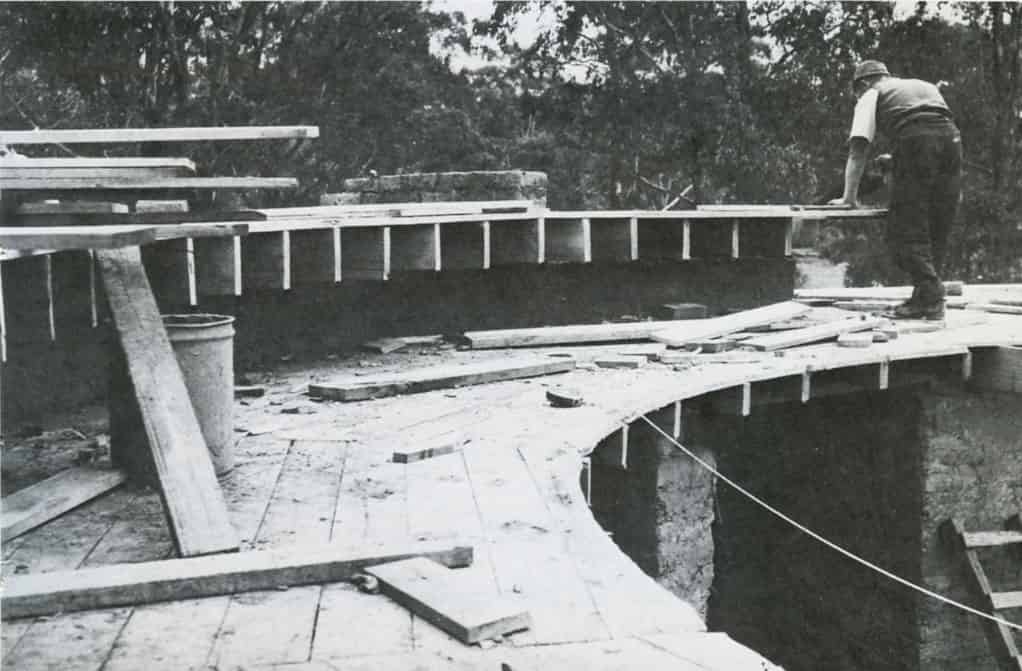 Horrie Judd at work on the roof of the Periwinkle

When I planned the Periwinkle, I decided to make the walls 12" (300ml) wide because it was at that time recommended by the Commonwealth Experimental Building Station and also because we were using curved walls. We used bricks of 18" x 12" x 4" (450ml x 300ml x 10ml) dimensions and had curved moulds made to produce them for the curved walls. In practice, it proved both hard and unnecessary.

The Periwinkle project was our first attempt at a slab construction. It was an unknown quantity. There were no specifications available, so I wrote my own. The local Council raised no objection, probably deciding that ignorance was bliss - '"T'was folly to be wise"'.

The last visible skerrick of the Periwinkle Photo: Tony Knox