With the Clay of Life, House and Land Are One 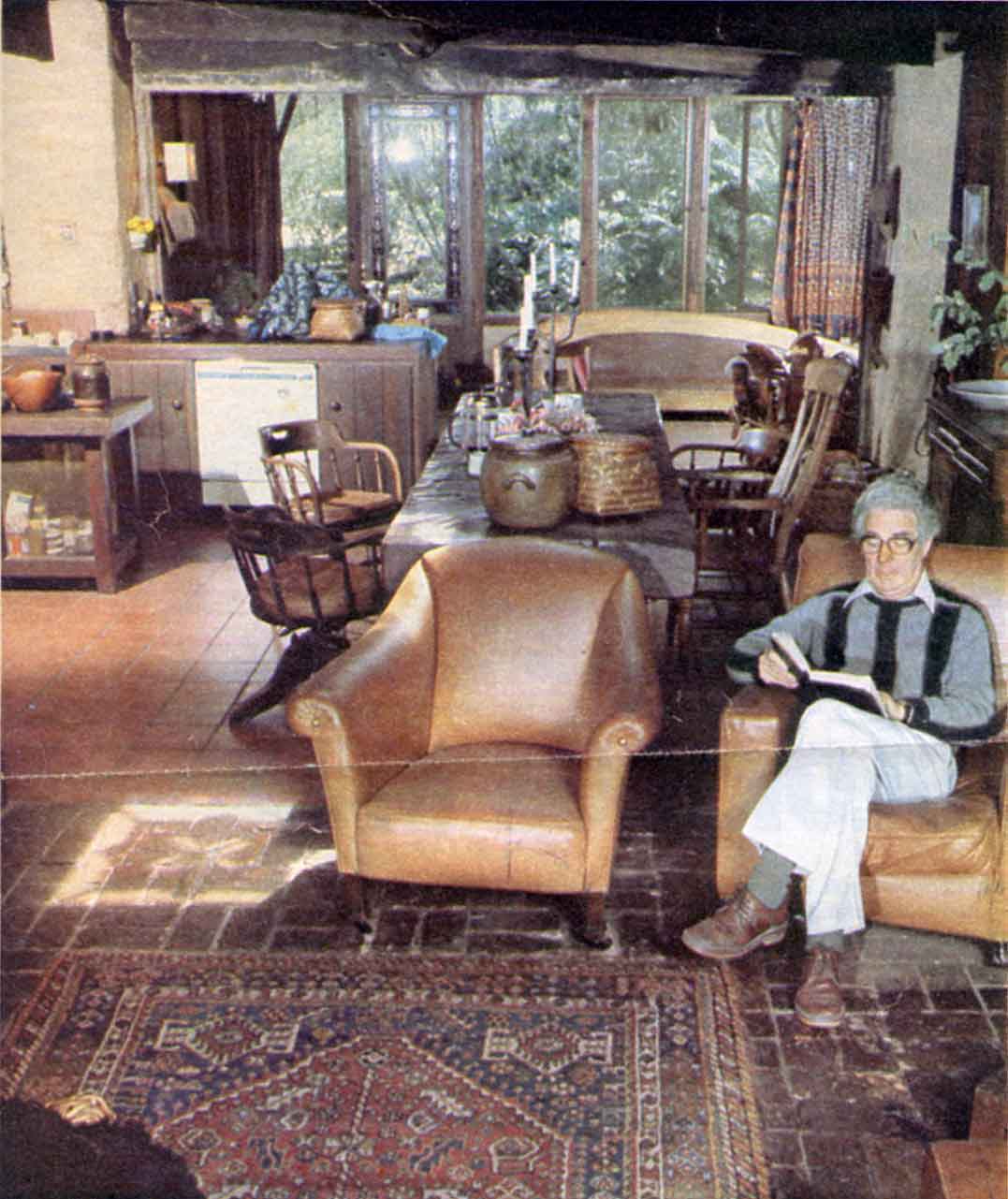 Alistair Knox In the lounge room of his mudbrick home in Eltham, Melbourne.

"Plaster, with its cousin the mass-produced brick, is the kiss of death to alternative housing," says mudbrick pioneer Alistair Knox.

Mudbrick, on the other hand, he says. is the clay of life, the cornerstone of alternative housing and the material which can make us one with our environment.

The author of Living in the Environment, Eltham and its People, and the soon to be published The Head, the Heart and the Hand, Knox lives In a rambling 40-square mudbrick home set in two hectares or Eltham bushland. The home, which he built 16 years ago with his painter wife, Margot - they have eight children - is a masterpiece of subdued texture and warmth.

An advocate of solar heating and lover of fires, Knox has designed mud walls to trap warmth from sunlight (and his nine open fires) and has decorated the house with natural fibres, mainly timber, leather and wool, to absorb and insulate.

"I chose earth because it is the most beautiful sculpturing material. It is natural, cheap and can be used by the non-professional to give personal expression."

As an illustration of the economy of mudbrick he cites one amateur builder who built a 27-square home for $3810. With traditional building methods and professional labour the same house would cost $81,000.

Last year the same man completed a 14-square mud brick holiday home for $1500. "The usual question about mudbrick is, 'Why doesn't it melt when it rains?' With a little treatment mudbrick walls will last indefinitely.

Knox has an almost religious rapport with mudbrick.

"There is no material like earth to live in. It does something to you as a person.

"It reintegrates you with the total environment whereas standard housing separates you from it.

"Alternative housing has a wonderful future because it draws society together. What's gone wrong with society is that we no longer see the whites of people's eyes - we live too far away.

"Alternative housing or earth-building restores social relationships. It is a matter of going back to sane living." 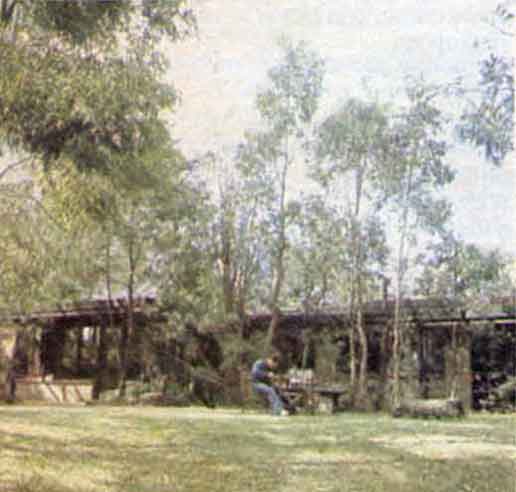 'Union with the environment.' 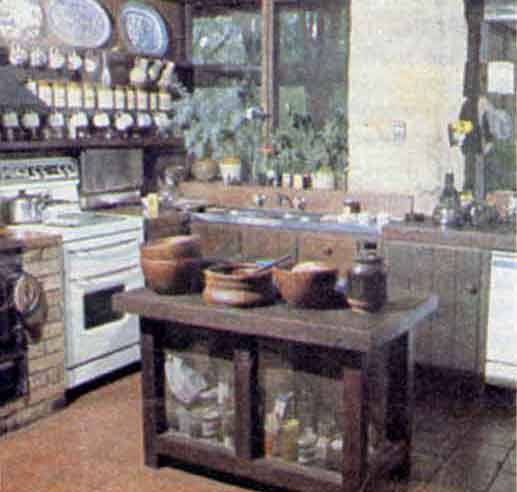 The kitchen with Its earthy textures