Master's House is for Sale 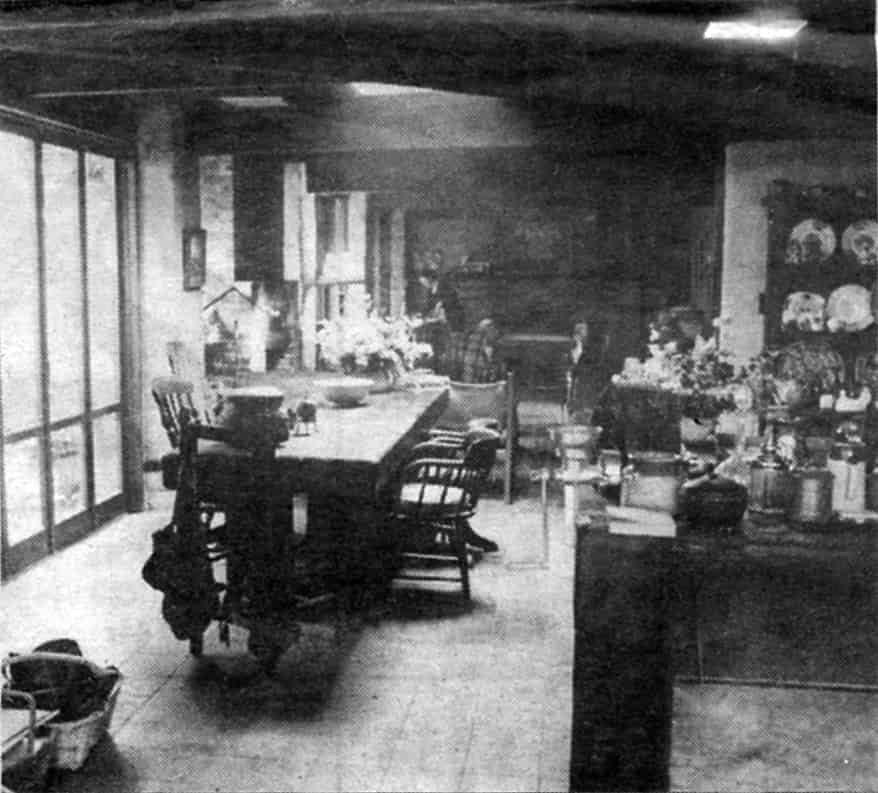 The open space of the interior of Alistair Knox's house combines a warm atmosphere with the light and freedom of an ancient hall.

"I'm a mean man when it comes to building. I always build my houses out of junk."

The man whose creativity, resourcefulness and passion for the natural environment pioneered the earth building movement understates his contribution to that industry with those words.

Alistair Knox planted the seed for "modern" environmental living when he began building mudbrick houses In Eltham during the 1940s.

He became the centre of the earth-building revival which now, 30 years later, is still gathering force.

What was then a revolution in building design and living has since become high fashion.

Alistair Knox himself has built or designed about 500 mudbrick houses all over the country during the last three-and-half decades.

He now plans to sell his own innovative house in Mt Pleasant, Rd. Eltham.

The 18-year-old house of mud bricks and "reclaimed materials" blends with the surrounding bush as if it rose from the ground - just as its designer intended.

The use of natural materials and the basic design which makes the most or natural light through high windows evokes all the feeling that Alistair derives from the surrounding environment.

The mudbricks for the large, four bedroom house, were made onsite mostly by unskilled workers.

Oregon beams add warmth and color to the interior and the use of terra cotta, brick or superb slate flooring creates an individual effect tor each room of the house.

A feature of the house is the "big room" - a design which combines the idea of a central courtyard with that of an indoor room.

This room contains two of the house's seven fireplaces.

"I am putting the house up for auction on November 19 simply because it's too big for us now that most of the family has moved away," Alistair said.

"However, if it doesn't sell I might just stay and turn it into a community house for fellow Christians."

Being a Christian is an integral part of Alistair's strength, vitality and creativity.

He sees the land around him as God's creation and bases his building designs on his philosophy that house and land should be one.

"Building and landscape are indivisible." he said.

Alistair Knox is not an architect, his only formal training in this field was in 1946 when he attended RMIT to study building construction theory and practice at night classes.

He says his real "university" education was a three year stint in the Navy.

"I was taken out of a dreary middle class existence and the sea became my life." he said.

"After the Navy I had to get, used to the land again and cope with itchy feet and a restricting job in a bank.

"I came to Eltham to start building in mud bricks because with the post-war expense of hard-to-get building supplies it was the only way to get a building off the ground.

"I soon forgot all about my itchy feet. Eltham had the same effect on me as the sea. I became part and parcel of the landscape. It was inescapable.

"I had no real training but we all have some gifts, I knew the principles but had to invent my own methods," Alistair said.

"They stood the test of time and of course now everybody uses them."

One only has to listen to Alistair Knox talk of the world which surrounds his home to know that only a great love for the Eltham valley, a determination to preserve that environment. and his own ingenuity could have enabled him to achieve so much and contribute so greatly to his own community.

His contribution to the building industry has earned respect in many areas and has prompted Melbourne University to bestow on him an honorary degree as Doctor of Architecture.

"I feel very privileged to live in Eltham. It is a uniquely beautiful place. There is no other place like it in Australia." Alistair said

"Everyday I step outside and the first thing that strikes me is the beauty. l look out on the Australian bush from my windows and it's like being under water.

"The view presents an ethereal liquidity of the senses. It is the play of sunlight, color, sense and sound.

"It is a great quality of living to belong to a time and place.

"The landscape here is tremendously emotional. It moves you with its wonder and mystery," he said.

"When an environment gives you a feeling like that you can't help contributing to it and doing all in your power to preserve it,

"That is why Eltham has managed to survive any attempts to make it a piece of middle-class suburbia.