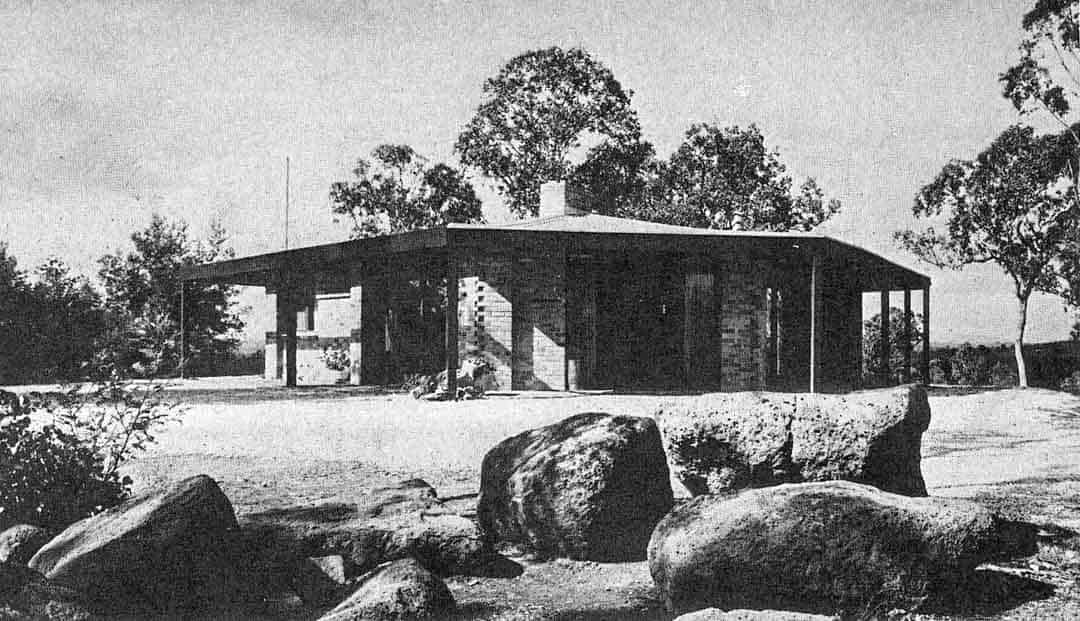 Perfectly sited, the umbrella-shaped house of Mr and Mrs W. M. Saunders at Eltham, Victoria sits on a knoll commanding interesting views from all angles.

Just before Mr and Mrs W. M. Saunders were due to move into a log cabin they had bought at Eltham, Vic, about four years ago, it was destroyed by fire.

Their new house on a hilltop has an hexagonal plan to take advantage of the view all around from every room. Architect Alistair Knox selected hand-made wire cut bricks for a central double wall and for i0 supporting pillars which are spaced around the perimeter of the house. Walling between the pillars is glass, floor to ceiling, except for the walls of kitchen and toilet.

The house is built on a four inch thick concrete slab and has a pagoda-like roof of corrugated steel supported by oregon beams on the brick pillars. The roof slopes down from the central chimney by ten degrees to the wide shady veranda which extends all around the house and is covered, except for sections on the east and north which are open pergolas. All the rooms are grouped around the central fireplace core. 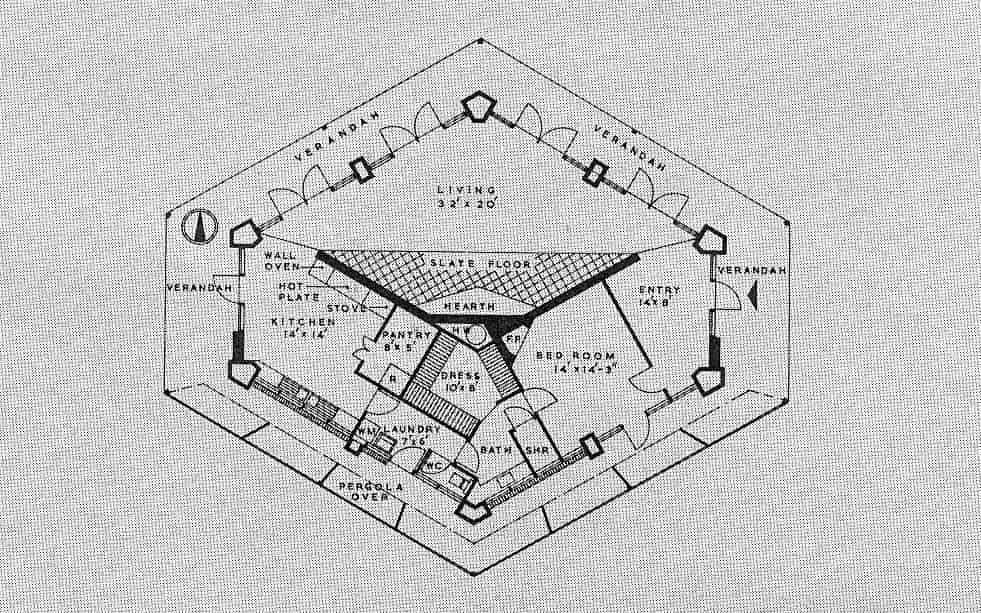