Allan Lim Joon (14 April 1928 - 9 May 2017) was an aeronautical engineer who became one of alistair's most loyal clients. In all they commissioned three houses.

Allan and his wife Lee (Leonie) came to Alistair via a tiny newspaper advertisement in 1954. The result was a hexagonal, flat roofed, timber building whose large diamond shaped living area overlooked the Main, Eltham, near the bridge over the diamond Creek. From where Lee taught the Eltham women the exotic art of Chinese cooking. Margot Knox was an enthusiastic member of the group.

As the Lim Joon family expanded, they adopted six children - a larger house was required. It was built in 1968 around the corner in Fordhams Rd. 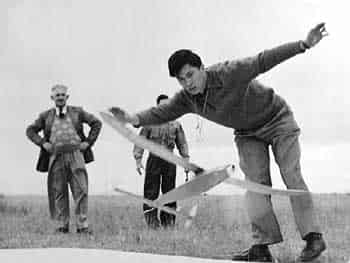 Allan was an enthusiatic aeroplane modeller with many trophys to his name.

The last Lim Joon house was built in 1983 in Somers, Westernport Bay. It too was a hexagonal building of much the same scale as the original house but with a fly-wire enclosed pottery workshop at one end.