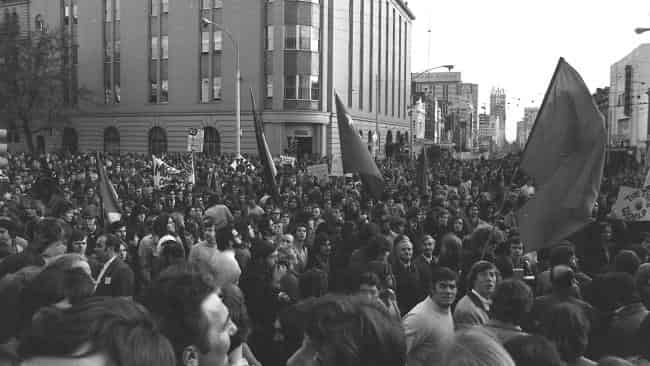 The Vietnam War and its ramifications became a major issue in the 1972 Federal Election. The Conservative cause, euphemistically entitled the 'Liberal party' by its monarchy-loving founder Sir Robert Menzies, finally showed signs of dying of fatty degeneration of the heart. It had enjoyed twenty-three years of office under the 'No limit to growth' concept that for thirty years had followed the Second World War. The United States and Russia fought each other in their race to reach the moon; Japan and West Germany became industrial giants; England lost its Empire; and Australia drifted slowly backwards from its privileged position, that of believing itself to be the one country to whom the world owed a living. Recently-discovered mineral wealth was providing a renewed ease of lifestyle that filled Australians with reassurance that they were still the 'lucky' country.

Three prime ministers then followed Menzies, prior to the 1972 elections. The first, Harold Holt, was drowned while swimming off the back beach at Portsea; the second, John Gorton, was competent but unable to maintain a satisfactory party balance; and the third, Billy McMahon, had oversized ears, a falsetto voice, and a surprised expression that gave him no chance against the cartoonists - whatever his followers claimed his qualities may have been. The year also saw the flowering of the conservation movement, but it would still lack the power to be an effective political force in Victoria until the Environment Protection Act mandated that those who profit from the exploitation of the natural environment be required to restore it to the condition in which they had found it. This limitation, this restriction of the profit motive, had previously been regarded as unthinkable in our predominantly primary-production philosophy. It raised the hair on the backs of the necks of those who, since the arrival of the First Fleet, had enjoyed a comprehensive immunity from such restrictions.

Local-government elections in August of that year were as uneventful as ever; immediately afterwards, however, one of the key members of the conservative majority died suddenly, and the Natural Development Association urged me to stand at the bi-election triggered by his death. He would have faced re-election within twelve months, and I had thought so little about the significance of our local government that I had naïvely believed it was possible no one else would bother to stand for the remainder of the man's three-year term. I dubiously agreed to the Association's proposal two days prior to the close of nominations, only to discover that this bi-election was to become a very lively affair. The ubiquitous RSL fielded a local plumber as their candidate. A successful business executive was chosen for the conservatives, and an ex-Shire president stood for the 'Think Again' alternative Conservatives. These candidates were all a long way from the local environmentalists who were making their first attempt to speak for the countryside theylived in. 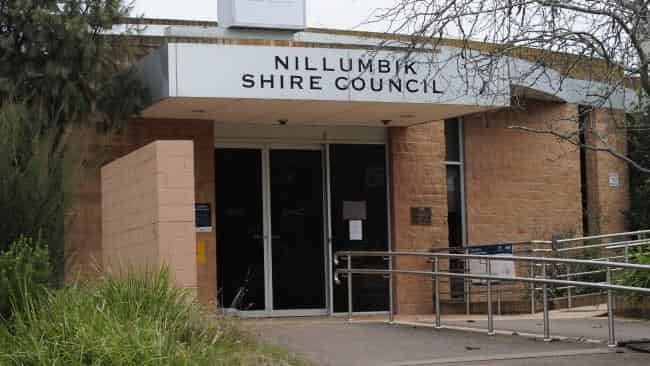 The campaign proved to be very positive. The business executive visited every voter at least twice and appeared to be the man to beat. I knew absolutely nothing about local government in Victoria, except that it existed through an act of the State parliament and that it was weak on power and strong on superficial appearances. In 1972, local government had very little to do with social welfare or with humanity itself. Among a variety of self-interested groups there had emerged a smattering of well-intentioned citizens and do-gooders, but in general their aims and objectives were so restricted that much of their zeal was dissipated in garbage disposal and potholed roads. Local government was a property-oriented activity which psychologically divided the 'haves' from the 'have-nots' and the washed from the unwashed. Each Shire was subdivided into Ridings, and elections were held annually. Every Riding had three councillors, each of whom was elected for a three-year term, and one of whom retired annually.

The Vietnam War was approaching its final throes, and all of the old certainties were growing a little shaky, but the Conservatives appeared as confident as ever against our new-wave fraternity of artists, academics, and nut- and yoghurt-eating hippies. There had never been an adult franchise in Victoria for local government, but there had been a significant retreat from the privileged position whereby a larger amount of property allowed a voter three votes while a smaller amount provided only one. One was now also eligible to vote even if he were only a tenant and not a landholder at all.

As a candidate, I was supported by the most enthusiastic and unusual committee, which had come together as people watched the environment disintegrating in all about them. It was evident that they, too, were fed up with the hollow democratic phrases that had been bandied around in local-government affairs ever since the colony began more than a century ago. The Conservative candidate visited every household in the Riding two or three times - he believed this to be an essential ingredient in persuading the local fraternity - so we did what we could to make an effective reply. Election day served as a good opportunity for me to observe how the old-school-tie fraternity hangs onto office: its supporters stormed the polling booth the moment it opened, and it took an hour for the other three candidates to gain some composure against the onslaught. During the morning, it was possible to feel a little more hopeful. There was only one polling place, so the Conservative representative and I stood toe to toe all day advocating our wares. He urged stability and mature representation, to which all other amenities could be added. I kept repeating that if the voters wanted 'To Keep Eltham Evergreen', they had to vote for me. The Natural Development Association's catch-cry did its work in no uncertain manner, but it was possibly also the fact that I was such a strongly identifiable local person of long standing that finally produced a comprehensive Environmental party victory.

I immediately found it was one thing to win an election and quite another to be an effective councillor. At the first two or three meetings we held, I had little to add to the debates as I looked for some environmental issue to justify my position. It was not until I accompanied the assistant Shire engineer to a large vacant site for which a plan of subdivision had been submitted that I realised I had a special role to play among my fellow councillors. I had mentioned to the engineer how useless I felt my Council input was, to which he replied: 'You don't have to say anything. You have no idea how your mere presence has altered the Council'. I hope that was true, because the resigning Shire president, who was a senior member of the Victorian police force, introduced a series of social activities to provide councillors and their ladies with an agreeable opportunity to know each other better. Some of these were called 'Conversations', the highlight of which involved the president's wife's cake-baking skills and the catering, which was done by his son. As raw recruits to Council ranks, Margot and I attended a couple of these events; but I avoided them whenever possible by visiting the House of Representatives in Canberra with my painter friend and fellow environmentalist, Clifton Pugh. It was through Clif that I became acquainted with Tom Uren and Jim Cairns, who were both left-wing shadow-ministry members of the Labour party. I would interpolate these visits into planning conferences and other activities that occurred from time to time in the A.C.T. 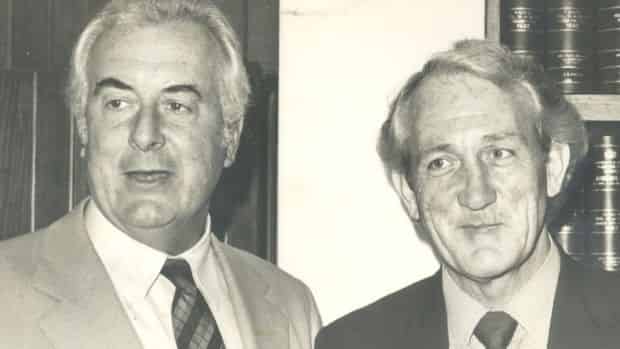 The most memorable of these was on the last day Parliament sat prior to the 1972 elections. Tom Uren invited us to a party in his rooms in Parliament House where we met several men such as Senators John Wheeldon and Gietzelt, along with Jim Cairns and others who were about to become the front bench of the incoming Government. I felt the result was not who would govern, but what size the majority would be. When I asked Jim Cairns what he thought, I was taken aback when he said, 'Well, we can win it' - but he was not by any means certain that they would. Twenty-three years in Opposition is almost a lifetime, and he could be excused for being cautious. I recollect Gough Whitlam, the leader of the Opposition, leaving the debate and coming into our room on a couple of occasions to join the gathering for a few minutes. The debate in the House had something to do with assets in territorial waters. With his brilliant rhetoric and debating powers Whitlam had been chewing up Billy McMahon, the reigning prime minister, and proving from Hansard how his present statements directly denied his previous ones. I was astounded that this did not cause McMahon to disappear under his own front bench in shame and confusion. Instead, he continued on in his falsetto voice as if nothing had happened. I learnt that night how ephemeral the best argument can be if you haven't got the numbers.